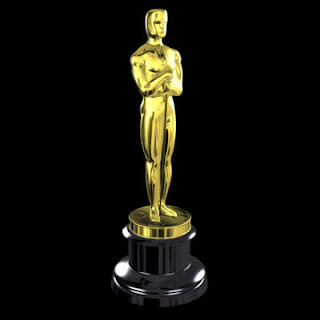 Okay so my Golden Globes picks didn’t go that well. But sometimes you just have to get back on the horse – and what better horse than the Oscars? We’re still a little way away from the ceremony itself, but on Tuesday (American time) the nominations will come out. So let’s have a crack at redeeming my Nostradamus credentials.
BEST PICTURE

THE SOCIAL NETWORK
THE KING’S SPEECH
INCEPTION
BLACK SWAN
TRUE GRIT
THE FIGHTER
THE KIDS ARE ALL RIGHT
TOY STORY 3
WINTER’S BONE
127 HOURS
Explanation: Given that there are ten possible nominees for Best Picture, you should only really run into trouble from choices 7-10. This is a ranked probability for a nom, so I think The Social Network is the best chance, and 127 Hours the most unlikely of those choices. The first seven would be highly surprising if they missed out. Of the last three:
Toy Story 3 has against it the fact it is an animated film – might struggle with the Actor’s Guild, etc. – but should lock in a spot, given Up did last year and this movie might be the best threequel of all time.
Winter’s Bone  - A very, very small film but one that carries with it the kind of indie credibility that Precious and A Serious Man had last year, or Frozen River  the year before that, which was a strong chance of a nomination had ten films been nominated that year.
127 Hours is mainly in competition with The Town and maybe, maybe Shutter Island to take that last spot. I would say two of The Town, Winters Bone and 127 Hours will be nominated, and I suspect if The Town misses out it will mainly have been the Franco/Boyle factor that got 127 Hours over the line.
BEST DIRECTOR
CHRISTOPHER NOLAN – INCEPTION
TOM HOOPER – THE KING’S SPEECH
DARREN ARONOFSKY – BLACK SWAN
DAVID FINCHER – THE SOCIAL NETWORK
JOEL AND ETHAN COEN – TRUE GRIT
Explanation: The Best Director Oscar was always one of the least interesting to me in that Best Director would seem to be synonymous with Best Film. The last director to win the award but not have their film take out the main prize was, accordingly, the biggest upset in recent memory when Ang Lee won Best Director for Brokeback Mountain but lost Best Picture to Crash. Before that? Roman Polanski winning BD for the Pianist but losing BP to Chicago. Hey, those are two of the most reviled Best Picture winners in recent history – which is interesting. That said, ever since last year when the Best Picture category was expanded to ten nominees, Best Director now serves as a kind of Top Five indicator – so my five Best Director picks are also my five frontrunners for Best Picture. Simple as that – at that is also the main reason why I haven’t gone for David O. Russell. He’s been campaigning hard for The Fighter but I think Joel and Ethan Coen have produced the more acclaimed movie – so do you go with the cynic or the optimist? On this occasion, I might go for the optimist. Have I learned nothing?
BEST ACTOR
COLIN FIRTH – THE KING’S SPEECH
JESSE EISENBERG – THE SOCIAL NETWORK
JEFF BRIDGES – TRUE GRIT
JAMES FRANCO – 127 HOURS
ROBERT DUVALL – GET LOW
As with any nomination preview, the hardest pick is always the last one or two. The first three here are almost guaranteed and Jeff Bridges would be desperately unlucky to miss out. So that leaves respected actor Duvall in the little-seen Get Low vs. heavily campaigning cocky upstart Mark Wahlberg in The Fighter vs. under-the-radar indie darling Ryan Gosling in Blue Valentine. I’m going to go with Duvall on the basis of experience and respect, but don’t discount Wahlberg. Or Gosling. Or Bardem. Etc. Oh, and Firth will win.
BEST ACTRESS
NATALIE PORTMAN – BLACK SWAN
ANNETTE BENING – THE KIDS ARE ALL RIGHT
JENNIFER LAWRENCE – WINTER’S BONE
NICOLE KIDMAN – RABBIT HOLE
MICHELLE WILLIAMS – BLUE VALENTINE
The main question about the Best Actress field is a really simple, boring one. Does Hailee Steinfeld get nominated for Best Actress (which she should as she is in just about every scene) or Best Supporting because Jeff Bridges is the ostensible ‘star’ of the film? I would hope that she is because she deserves to be nominated in the category with higher visibility. If she misses out, either Michelle Williams for Blue Valentine or Lesley Manville for Another Year will swoop to take that spot. The lead up awards suggest she’s a better chance for Supporting Actress, so I’m going to indulge my cynic this time and go with Williams.
BEST SUPPORTING ACTOR
CHRISTIAN BALE – THE FIGHTER
GEOFFREY RUSH – THE KING’S SPEECH
MARK RUFFALO – THE KIDS ARE ALL RIGHT
ANDREW GARFIELD – THE SOCIAL NETWORK
JEREMY RENNER – THE TOWN
I feel the safest with my picks in this category – these five have everything you need to be an Oscar contender and have the Awards season momentum to carry them into the nominations field. The possible upsets are John Hawkes (Winter’s Bone), Michael Douglas (Wall Street 2) and Sam Rockwell (Conviction). I’d personally like to see Matt Damon get a run here, but I feel relatively safe with these five. Famous last words.
BEST SUPPORTING ACTRESS
HAILEE STEINFELD – TRUE GRIT
MELISSA LEO – THE FIGHTER
AMY ADAMS – THE FIGHTER
JACKI WEAVER – ANIMAL KINGDOM
HELENA BONHAM CARTER – THE KING’S SPEECH
Jacki Weaver is possibly in danger of missing out to Mila Kunis here but I think that’s the only possible upset, unless Steinfeld gets nominated in Best Actress, in which case both should get nominated and there’s your field.
I’ll post a bare-bones prediction list for the rest of the big categories tomorrow. Part of me is hoping for a surprise or two when the nominations are announced - part of me is hoping for none at all!
Posted by Andrew Williams at 3:14 AM